Dogs with a strong prey drive are naturally drawn to fast moving objects. For many types of hunting dogs, the ability to recognize small moving objects and the internal drive to bolt instantly after prey has been critical to their work. Sighthounds were bred to hunt in packs, often with people and horses, and to follow the prey by sight (hence their name). Terriers were also bred to hunt for sport, and additionally, to be always on the lookout for vermin to eradicate. Historically, these pursuits were both for necessity (for food and protection of resources) and for upper class sporting pleasures. 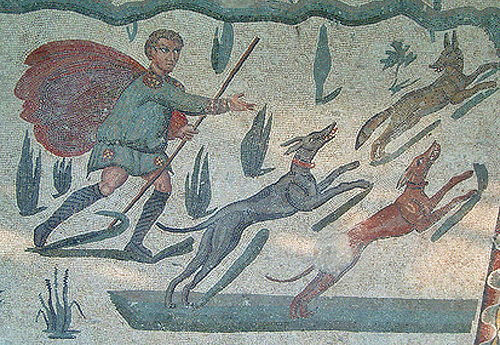 In more recent times, people have developed a sport that tests and celebrates this natural instinct in dogs, but instead of using live prey, lures are used that mimic the movement of prey. There are two reasons for this: a lack of need to hunt this way, and the ability to practice the speed-driven sport in a fashion that is more organized and safe. Live prey is unpredictable and can lead dogs astray, sometimes into danger. Modern Lure Coursing is a competitive sport where a mechanically operated lure is zipped around a field. It is a recognized and widely practiced sport; however, many venues are currently restricted to specific breeds of (mostly sighthound) competitors.

Not surprisingly, people with different breeds of dogs have figured out a small-scale way of offering this kind of play and exercise for their dogs. Dogs that are less suitable to work with other dogs when chasing faux prey (many terriers) work wonderfully with a hand-held lure that can be practiced individually. Not only that, but condensing this fun game into the hand-held toy form offers handlers the opportunity to use it not only as an exercise activity — but also as a reward in-between training sessions or for any job well done. Some dogs love playtime more than food, so this activity can be used as a highly motivating reward.
Bring on the toy of many names: Homemade versions are often called “flirt poles,” which are sturdy versions of this type of toy long popular among pitbull owners. Commercially-made versions are aplenty, all with different product names. Miles and I have tried several commercially-made lure toys, and our favorite so far is the “tail teaser.” I like this one because Miles is drawn to the lure rather than the pole (yes – that can be a problem with the ever-observant terrier group). 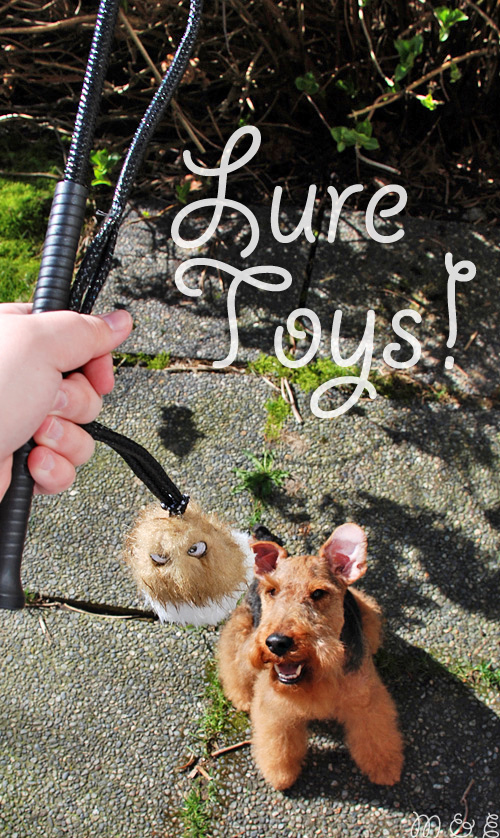 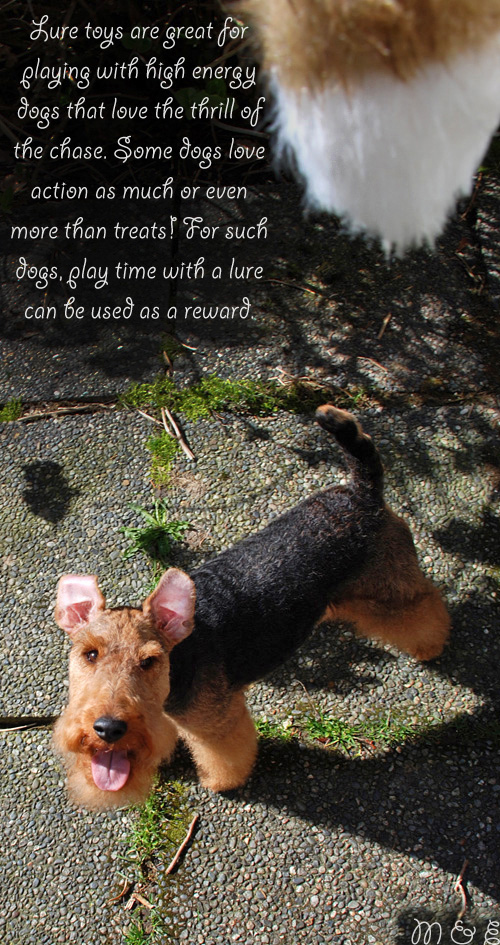 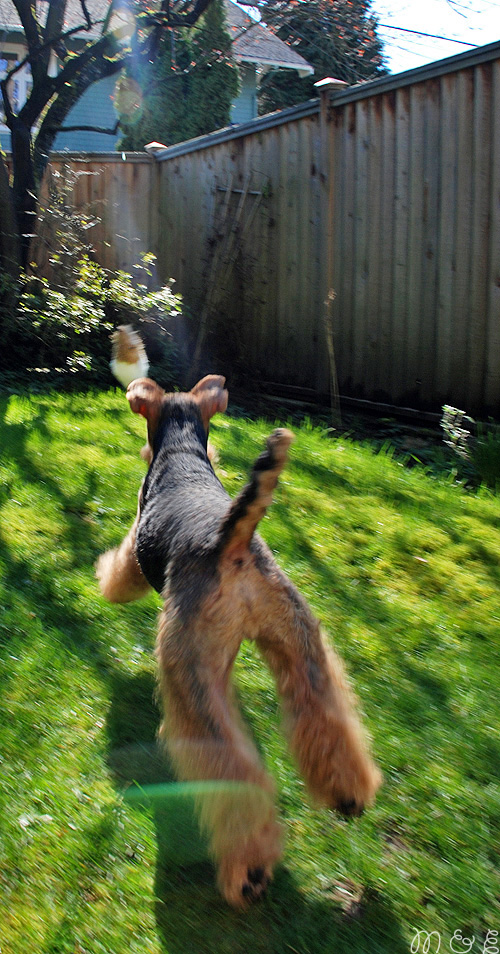 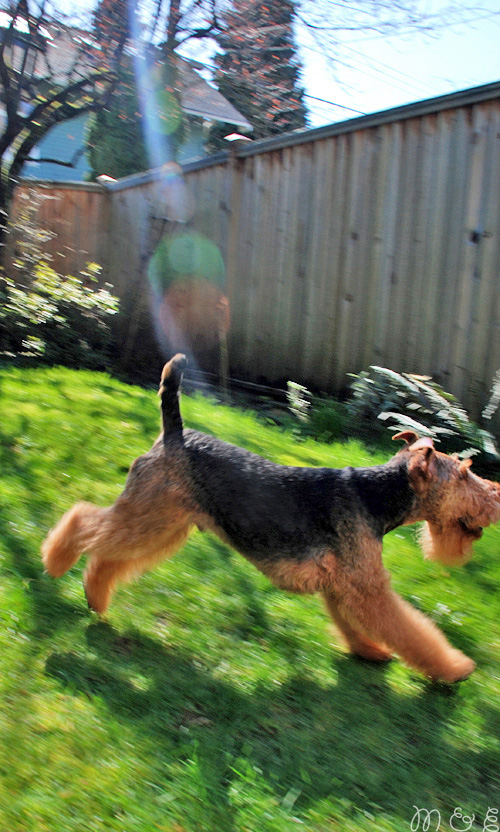 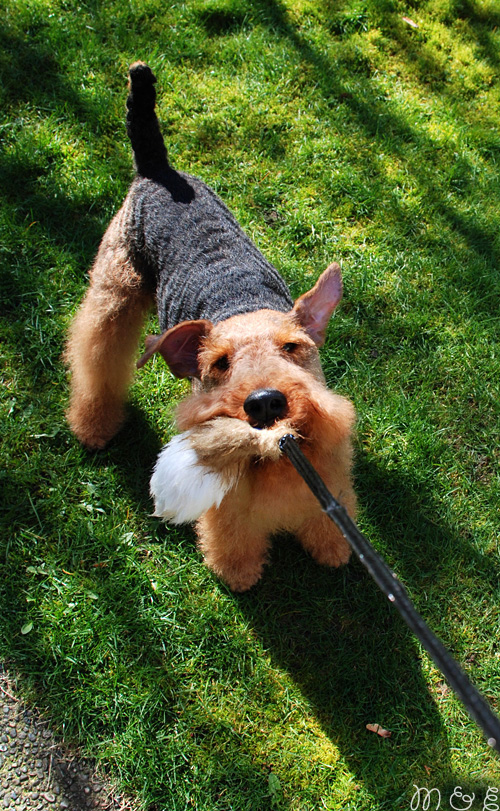 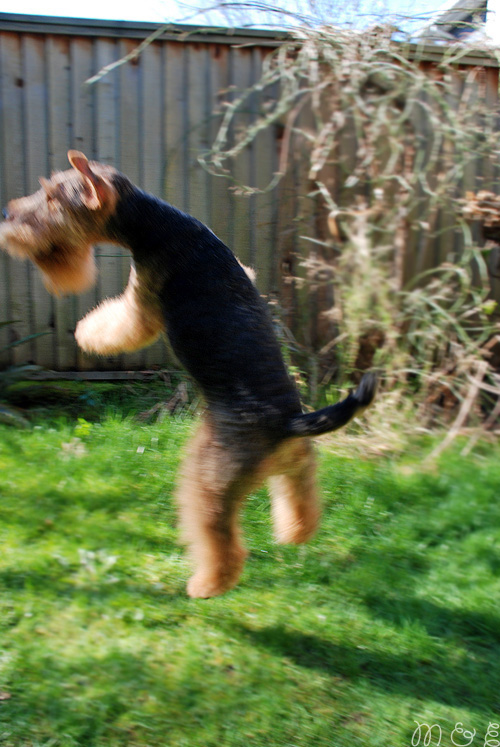 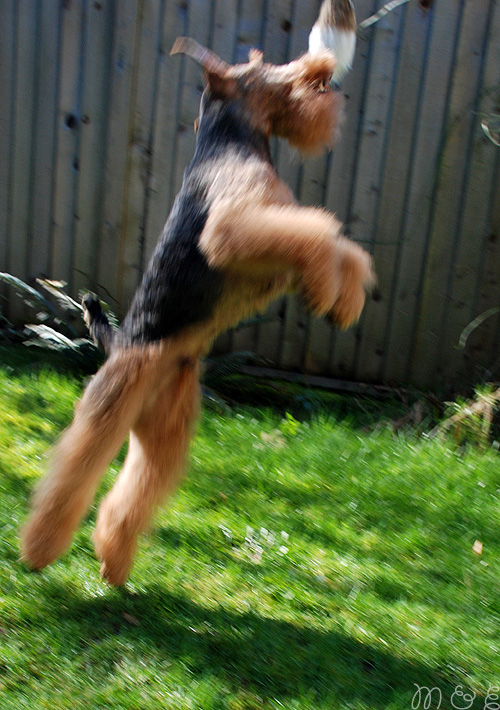 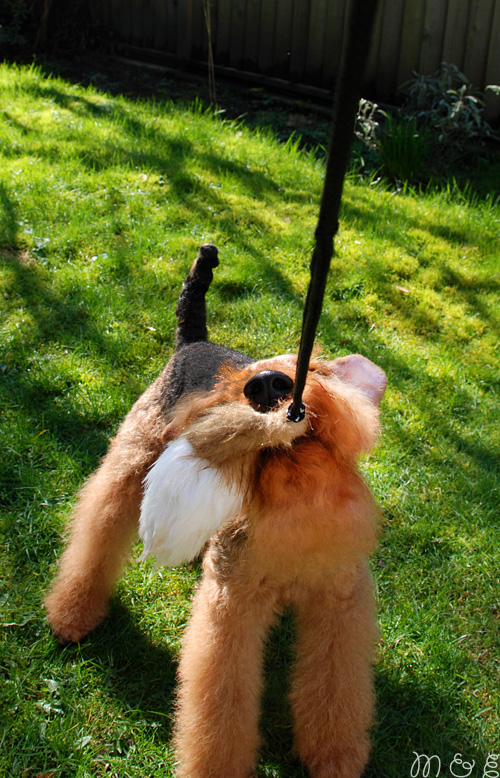 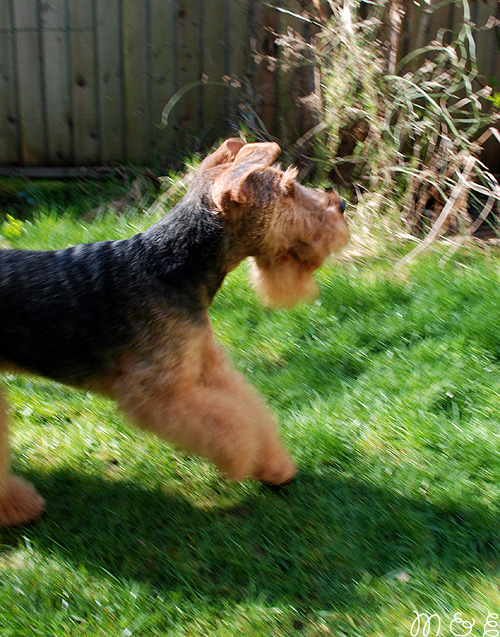 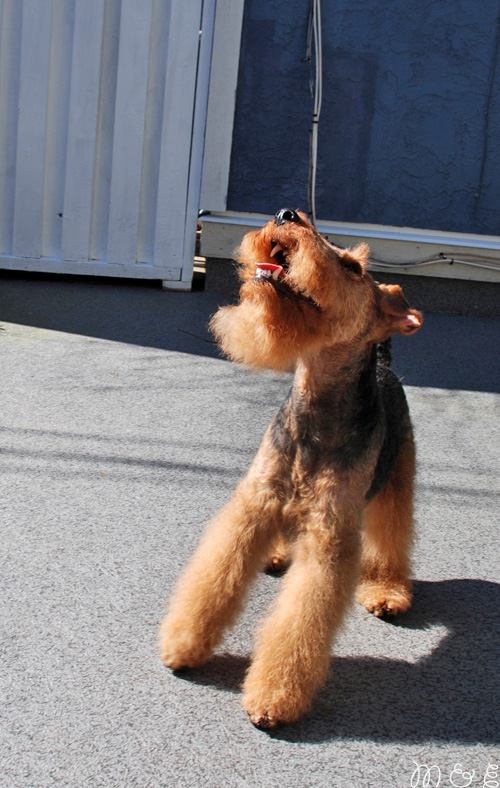 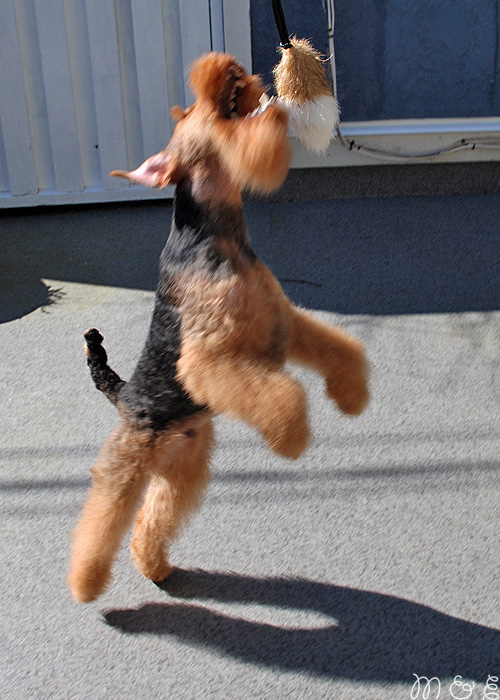 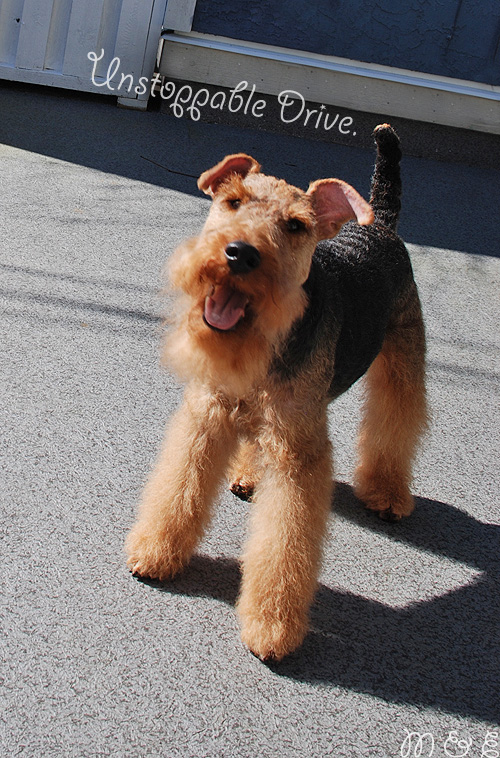