Dogs are far more prone to overheating in hot weather than humans. The primary reason? They do not sweat. Unlike humans, dogs do not have instant solutions to keep cool. Instead, they rely on their fur to slow heat absorption, and secretions (panting, drippy nose!) to keep delicate areas moisturized (which can be dehydrating). They don’t by nature have much in the way of cooling abilities. As annoying as sweating can be for us humans, it is an advantage when it comes to keeping safe and comfortable in warm weather.

Some dogs are more sensitive to heat than others. The majority of Welsh terriers, including Miles, fit this demographic. Maybe it is because Welsh terriers are from Wales, which is said to have a fairly mild climate year-round. Being an ancient breed, with a relatively short history of living elsewhere, it is not surprising that they’d be uncomfortable when faced with fluctuating temperatures.

Before summer hit, I had two new gear tests in mind. First, I was on a quest to find the most comfortable travel chairs. Secondly, I researched the top rated travel fans among agility enthusiasts. As usual my sleuthing paid off, in ways I could never have imagined. I tried out two of the most popular travel cooling fans, both of which are made by O2COOL.

And a larger 10″ battery OR plug-in fan:

I also got a cooling pad made by the same company: 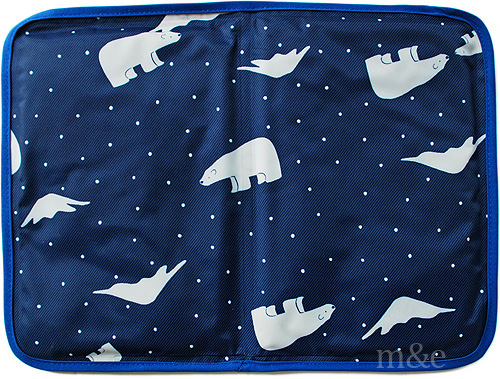 I packed all of my new gear, and set off to Nationals. As you know, within hours of arriving, Miles was near-fatally attacked by a dog. { Story here }  We ended up having to stay for the whole week of Nationals — and because of that, I could not believe how lucky we were that for the first time ever, we had actual cooling gear with us. I really do not know what we would have done without it. The weather was hot and muggy, and on top of that, Miles had huge swollen hot wounds. The cooling pad and the fans made it possible for him to begin his recovery in the most unlikely and stressful of situations and locations. He was also little less resentful of all of the hot compressing I had to do, since he could completely cool off in between sessions… 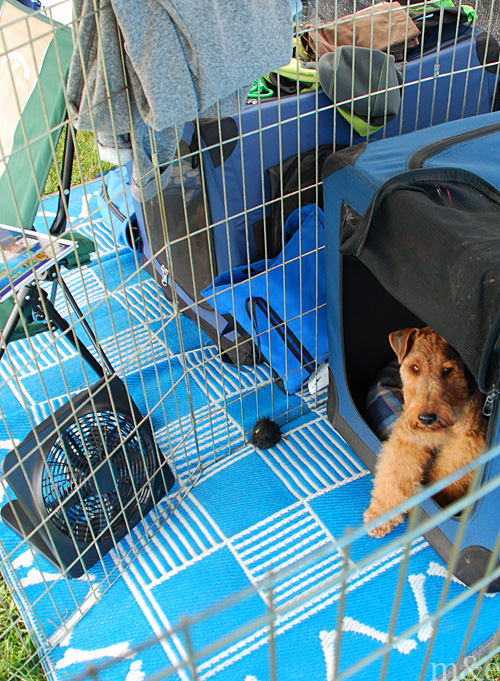 {  Miles with his cooling pad underbelly, and his fans quietly pumping cool air into his lounge area  } 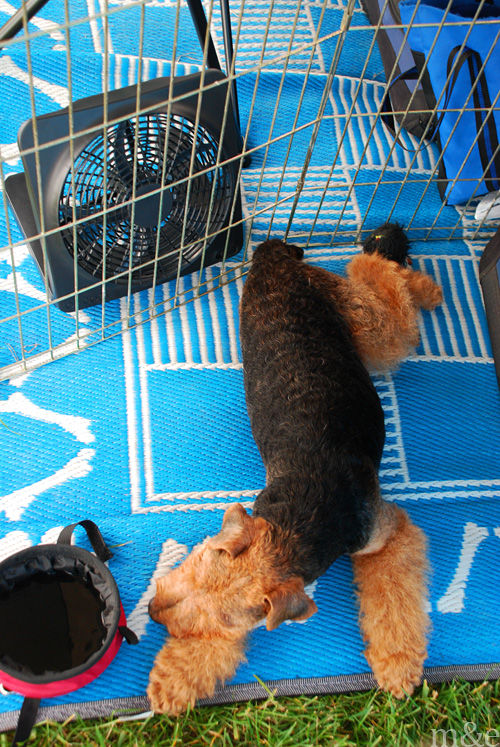 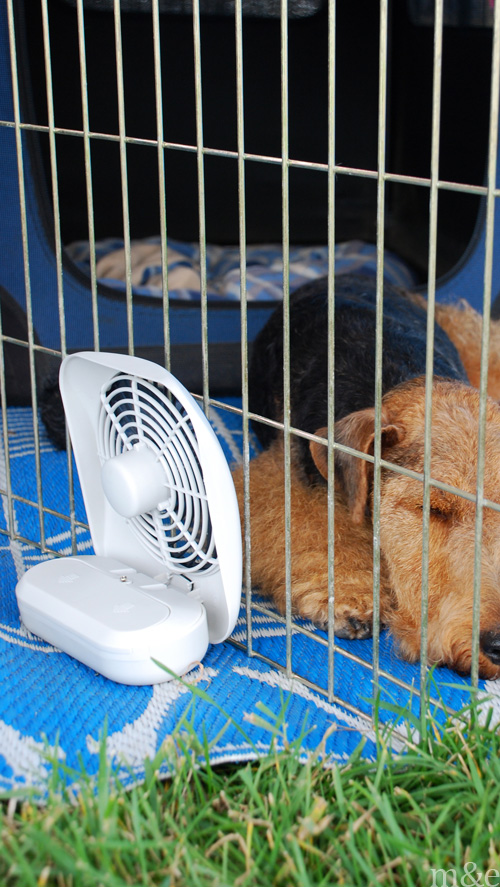 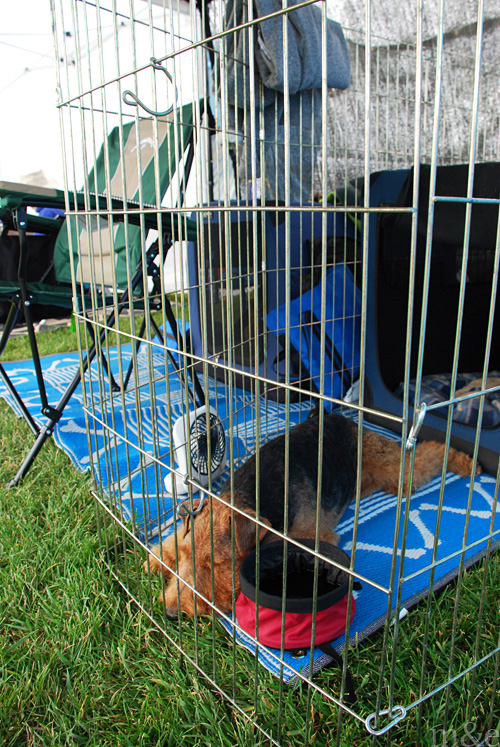 It turned out many of our new friends at Nationals had the same exact fans. Below are our buddies Pepper and Kuma relaxing with their fan, which is an older model of our 10″ fan. 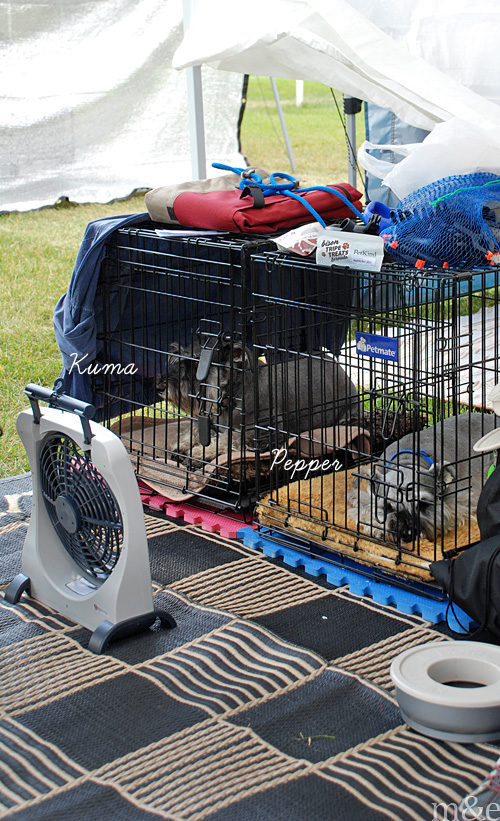 Since returning from Nationals, both fans have been running nonstop in various locations around our place. The big one is such a pleasure to have in our room at night! I can’t imagine summer without our fans now. 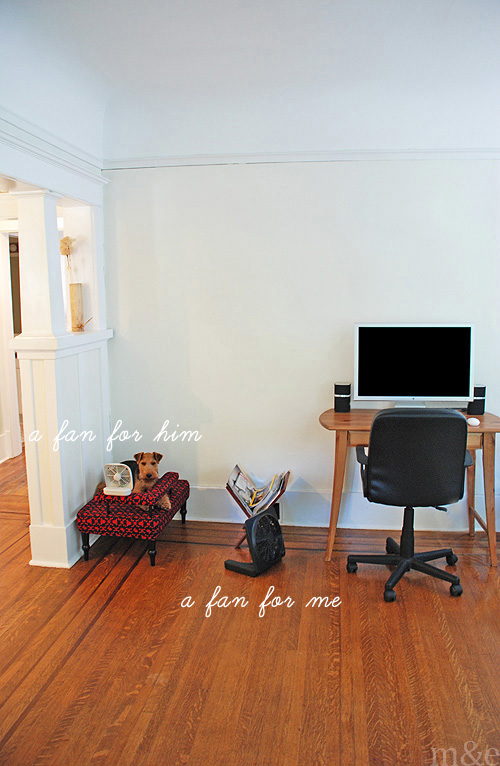 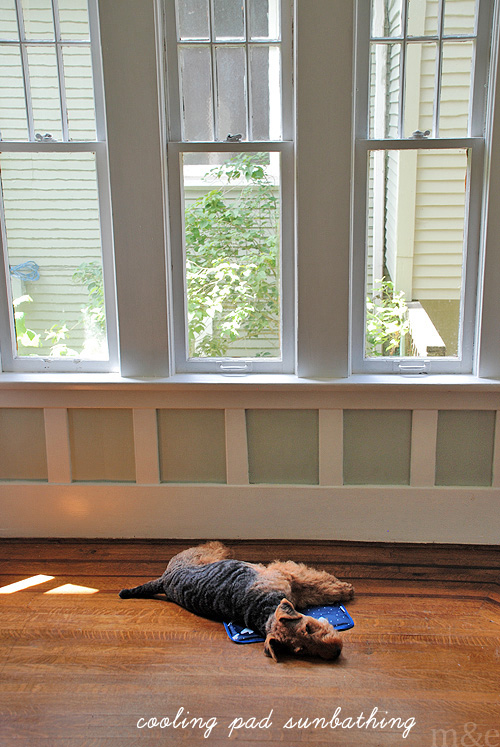 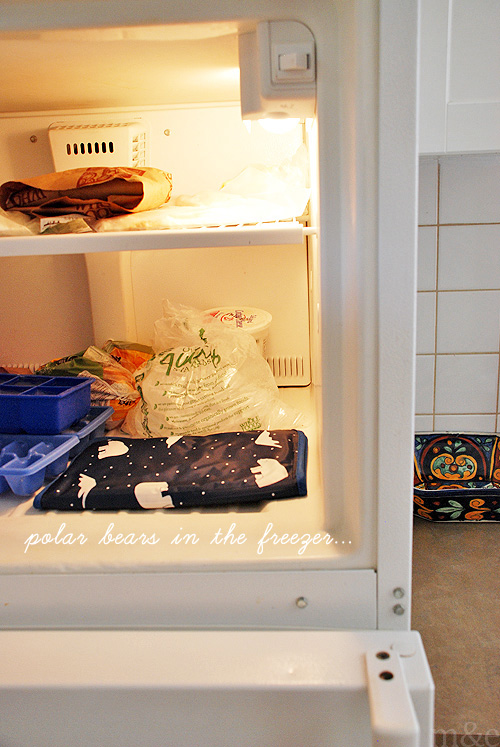 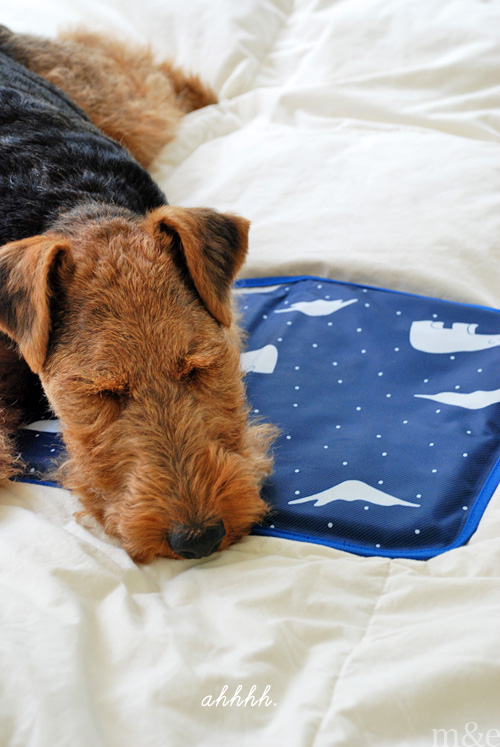 {  Click here to see all of our cooling posts  }