Dogs with a high prey drive can be some of the most challenging dogs to train, because, especially when they are young, they are often more motivated by movement than by food or toys. That means that such dogs can be more likely initially to be drawn to distractions, rather than to their handler’s praise, toys, or food.*

Instead of despairing that your dog doesn’t react like many other kinds of dogs, look to the people who train high-drive dogs to do amazing things. Tug toys are often used for training high-drive performance sports dogs. If you check out the tug section on the dog sport shop Clean Run, you’ll see that there are endless varieties of tug toys available. Why are tugs so useful? Because a tug isn’t just a toy. It is an activity. Tugging can be used as a reward — as an alternative to food. For acclimated dogs, the anticipation of tug time with their handler can be very rewarding and motivating. Therefore, tugs aren’t just useful for althlete dogs; a tug can be used by anyone, during everyday training and routines.

Some dogs are immediately drawn towards tugs, but for others, it can take a little bit more incentive to get them interested. Recently I came across a type of tug that is great for introducing dogs to the fun world of tugging. This one has durable pockets at the end, which can be stuffed with anything: treats, squeakers, whatever will pique your dog’s interest. The idea is to fill the pockets with smells, textures, or sounds that will interest him in mouthing the tug. I like to fill the treat pocket with ZiwiPeak nibbles!

Make sure to be holding the other end of the tug when you introduce it to your dog (especially with terriers, this step will be helpful in setting the right mindset towards the proposed game). Once your dog begins to mouth the tug, it won’t be long before he begins to grip and tug. Most dogs love to tug! Especially high drive dogs. Before you know it, you will have a tug-motivated dog.

What Tug Time is Not 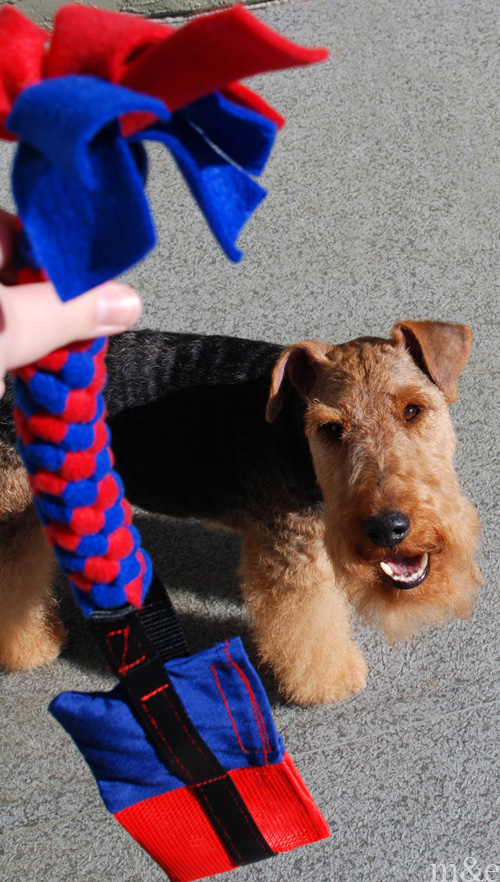 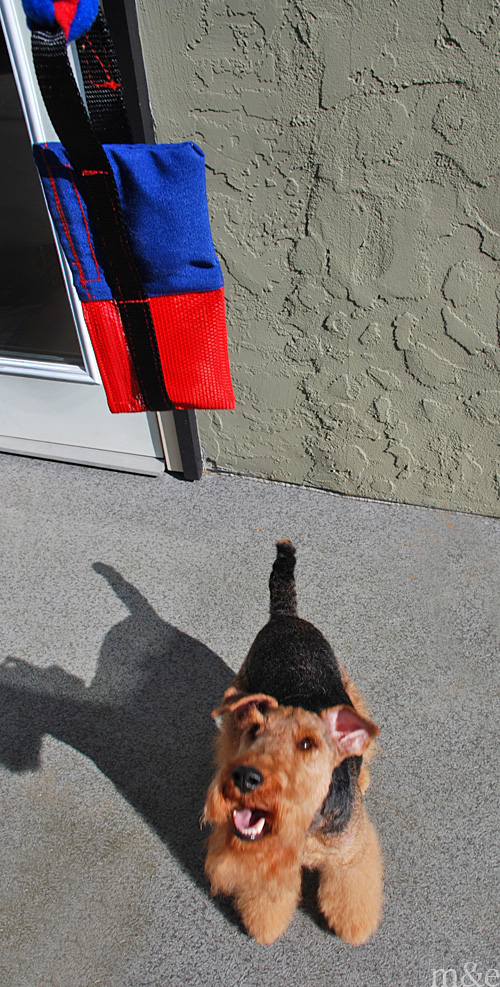 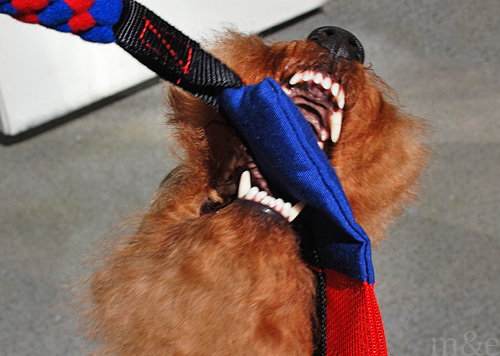 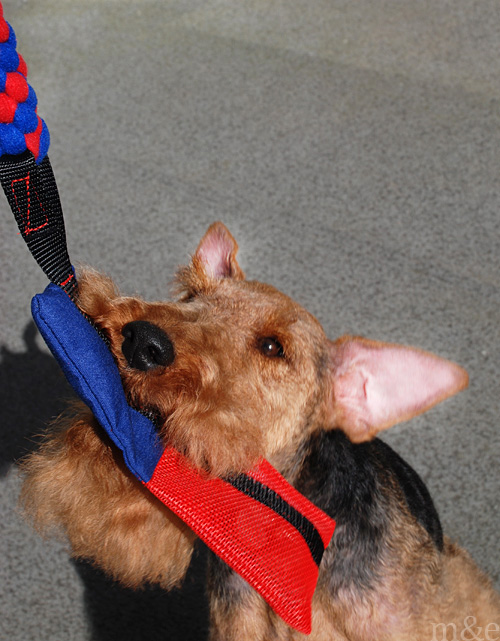 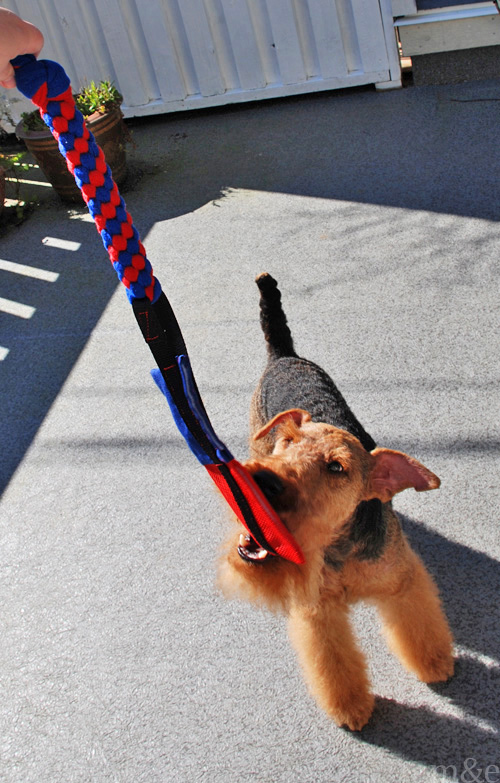 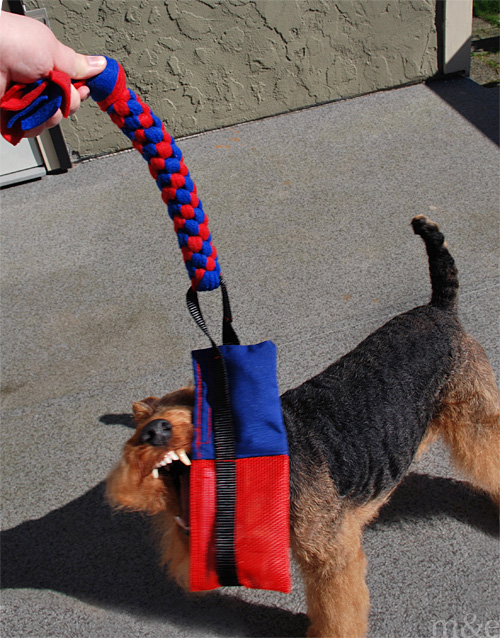 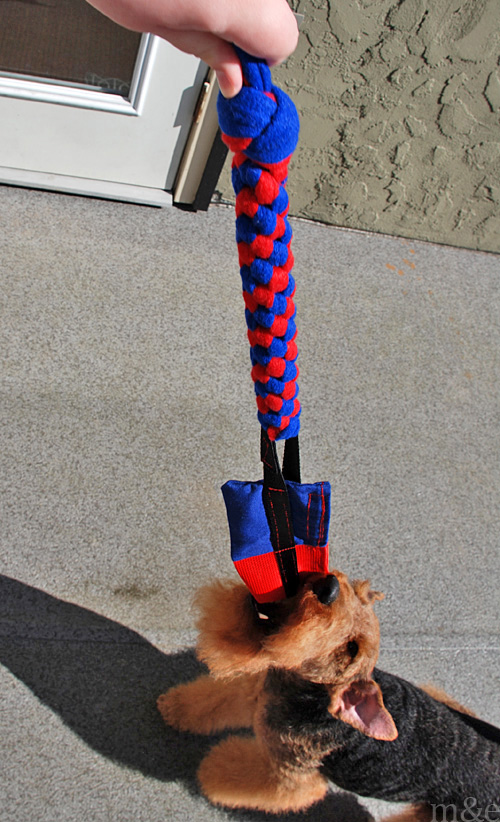 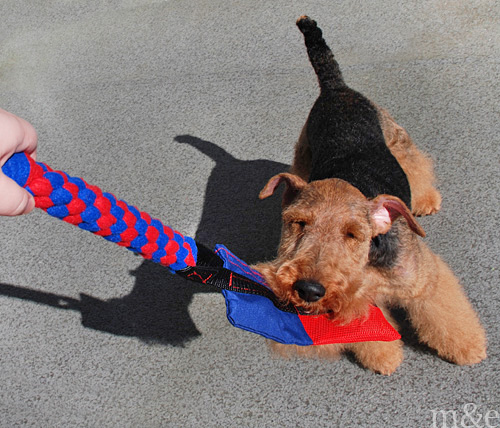 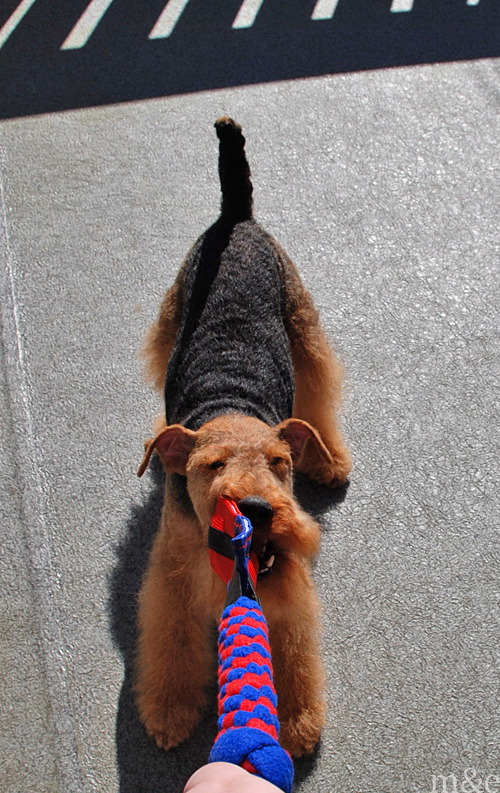 The tug shown is handmade by Darla of Woofies and is available on Etsy & Clean Run.

* Note: Some high-drive dogs love the game of fetch, which does involve the pairing of a toy and movement. As an alternative game, a tug can be used as a reward when it is not practical for many training, indoor, and/or public settings where you wish to achieve focus and control. Please train using the methods described above before employing your tug around others.