by Emma
1
A week ago, Miles and I attended our fourth Agility fun match. A fun match is a practice match, not for points, where you can experience the general feel of a “trial” (a real agility competition), without the pressure. Fun matches are simulations of real matches; they have judges, timers, scorekeepers and score sheets. They are held in the same settings as real matches. You don’t get more time to do your course than you would at a real trial, and you can still get (nicely) disqualified from a run if you make a messy mistake, but you are allowed to touch your dog, give them treats in the ring and leave their collar on. 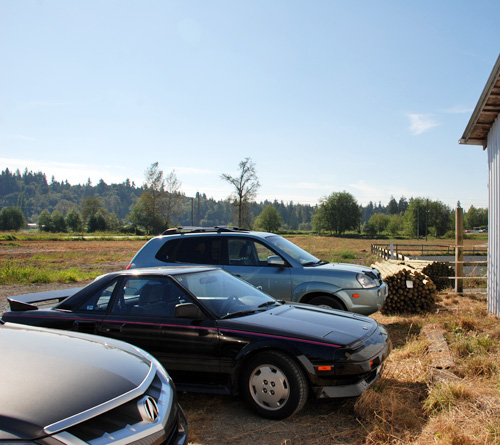 Unfortunately for Miles and I, all of the matches, including practice ones are at least an hour away from home. An hour isn’t that big of a deal – but when the proceedings start before 8 am? With variable traffic? An hour away becomes a big deal! We love attending and want as much practice as possible, but it can be really hard. This was my first time driving alone, and I had never been to this location before. I factored in extra time because I knew I’d get lost. And guess what? I did get lost. But I found the place, and thanks to my planning, got there early. Now I have a bit more confidence about flying solo with Miles. 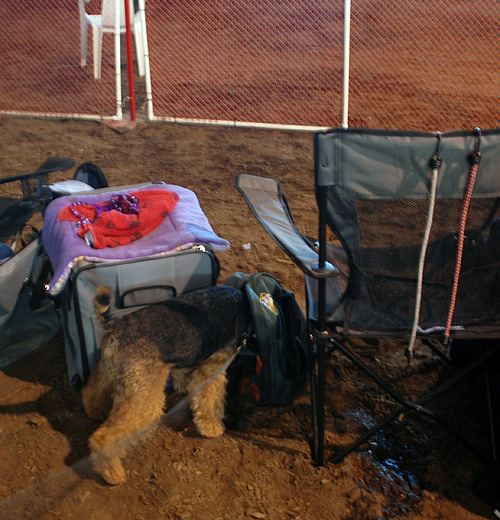 I set up camp near the front, in the spot with the best view of the ring. This selection is always a compromise. Left to his own devices, Miles would love nothing more than to wildly chase anything that moves — IE his competitors! I like being close to the front as I can learn a great deal watching others run their courses. The compromise is that during everyone elses’ runs, I focus not only on watching and learning — but on distracting Miles, and teaching him to focus happily on me as other dogs zip around and bark frantically right in front of him. It is tiring, but it is good practice for both of us. Miles certainly enjoys all of the treats and praise he gets for being good. And the practice at relaxing while so much excitement is going on? Invaluable. Halfway through the day, Miles is able to settle down enough to watch the other dogs run. He enjoys being a spectator. 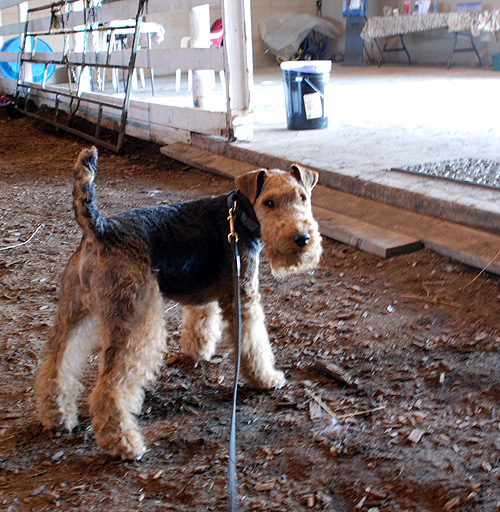 For the first time, Miles’ drive was directed more at his excitement to run his agility course, rather than his urge to chase all of the other competitors while they ran their courses. As we settled in to our spot, he even cried a bit waiting for his first run. The anticipation was too much, he was ready to run! Needless to say, our first run was a disaster. Miles was so excited to go do his thing, that he did “his thing” a little too much. I didn’t mind. I had signed up for 3 more runs, and I already knew the first run would probably be a write-off. The place near home where we do our lessons is much smaller than a barn, so when Miles gets loose in a barn, and sees all of his favorite obstacles, it can be pretty overwhelming and exciting for him at first. 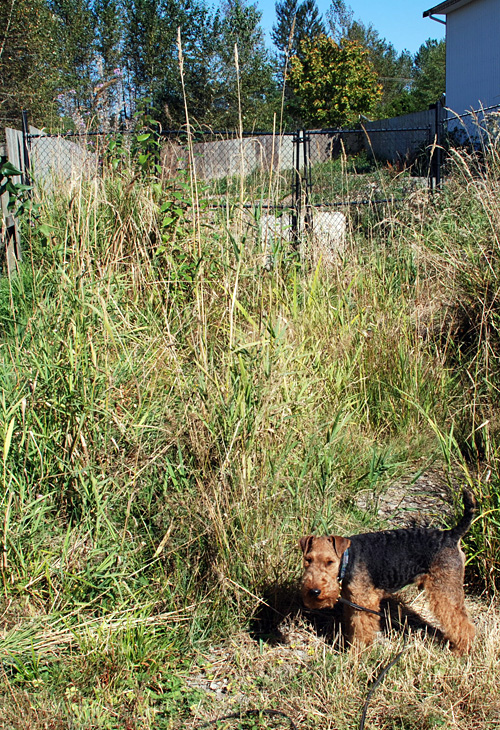 In earlier fun matches, I depended on friends to watch my wildman Welsh terrier while I walked our courses. “Walking the course” is when the handlers get to go out on the newly set-up course, and plan their moves. It gives everyone time to familiarize themselves and plan how they will direct their dogs. Will the dog be on your left, or right? Will you send them ahead of you, will you switch sides before an obstacle, after, or during? How will you switch sides? In previous fun matches, Miles was always too excited to to take a break without me or a friend. Being able to do so is important, because during the time that handlers are expected to walk their course, dogs are not allowed in the ring. The first few course inspections that I did solo, with Miles in his crate, his pathetic howls rung out through the barn. But when he realized I wasn’t going anywhere far, he relaxed and realized it was a good time to take a break. 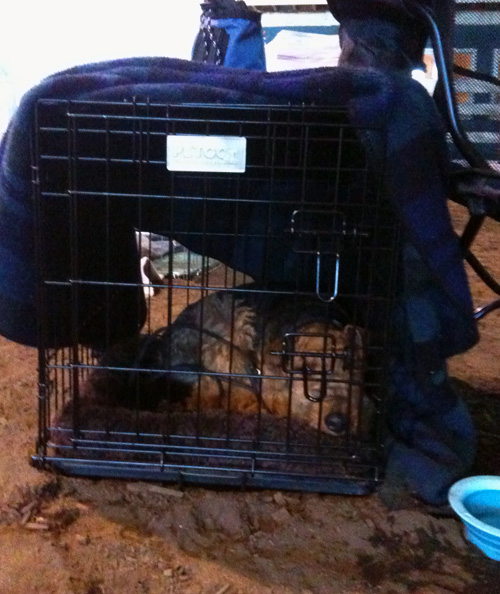 Outcome of the day? It was really good practice on many levels. It was the first fun match where I felt like I knew what I was doing, I remembered the courses with no stress, and I was actually relaxed. Most likely due to my lowered nerves, Miles and I did really well, and even “Qualified” twice! A qualifying run means that if it was a real match, the run would earn us points towards a title. In agility matches the ranking of first through third isn’t as important as your personal achievement: whether you Q or not! This was a fantastic outcome for a practice match. I felt closer than ever to Miles afterwards. We are really becoming a team. A awkward quirky little team.
ShareTweetPinSend