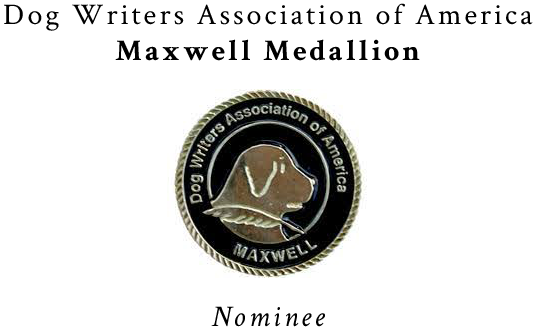 I named my dog after my favorite musician, Miles Davis. Miles Davis made music that is experimental, bold, and highly varied in style. He always produced interesting tones in the notes he played, but his self-proclaimed focus and what many believe to be his true genius was his attention to the spaces between the notes. Miles Davis made some of the most varied, interesting music; yet his true focus was on the moments of silence that connect and link together sounds. I believe there is great value in looking at concepts beyond music from Miles Davis’s perspective.

When most of us think of dog training, we think of the music, the notes we wish to hit with our training. For example, many people say they want their dogs to:

When you think about it, the release from the above behaviors is actually the common factor in each of these skills. In dog training lingo, the release cue marks the final step in each of these behavior chains. Take away the end of the chain, and the rest falls apart. You can’t teach a sit/stay without a release, and you definitely can’t expect a consistent sit/stay without offering a consistent release. Therefore, it is very surprising that no one ever just says, “I want my dog to have a good release.” By saying it that way, we can save our breath in describing a huge list of training goals. There are countless skills that depend on the release. Yet how often do we focus on its importance?

I believe we overlook the release cue, because it doesn’t seem like its own specific goal, and because it is a responsibility that falls on us, not just the dog. People on the whole are very goal-oriented, and by default tend to want to view dog training as compartmentalized hard-work blocks of effort, that will result in the dog consistently performing perfectly on their own. We tend to focus on the goals, rather than the fundamental mechanics that they all require and all have in common.

When people embark on training and observe very well trained dogs, they are often intimidated by how many routines well trained dogs seem to know and perform. If you get stuck thinking about successful dog training as being about lists of separate goals, it is easy to lose sight of how to best achieve those goals. And why settle for just the goals you can think of? What well trained dogs all have in common are handlers who know the value of thinking about how dogs learn, and see training as a process, rather than just lists of end game goals. Not all success in training comes from perfection, or intensive focused work sessions. Successful handlers know that a lot of valuable dog training occurs in daily life, often from some of the simplest routines. Remembering to communicate a simple release cue consistently takes some practice, but with repetition, it will become second nature, and in the process, you’ll develop a better sense of how to reach and even surpass a variety of training goals with your dog. 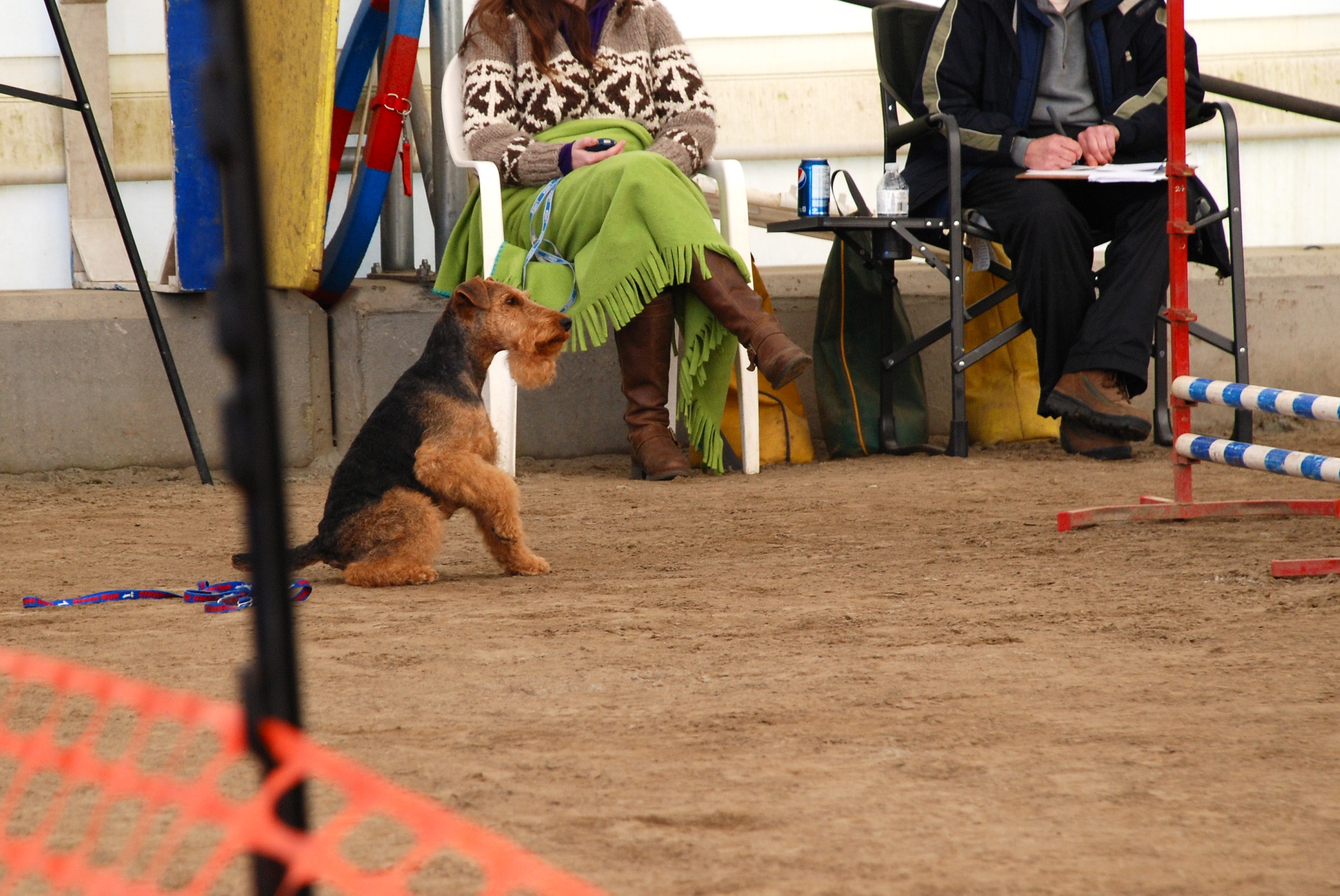 Image: The start line stay is one of the most challenging parts of agility. Miles’ release cue holds great value to him because from the beginning I consistently used it with the micro stays and waits that didn’t seem important. Rather than putting early emphasis on practicing the release cue specifically for the most difficult pursuit, countless repetitions for a wide range of everyday routines are what cemented Miles’ ability. This approach has the added benefit that Miles’ focus is the process of agility, rather than becoming fixated on the start line stay. Behavior chains work best when the connections are balanced.

In Miles’ puppy class, I was chastised for deciding on “Okay!” as Miles’ release word. I was told, “How often in every day do you say ‘okay’? All the time! Way to confuse your dog! Terrible choice of release word!” That couldn’t have been a more human-centric way to think about it. Dogs are experts of observing people, but if learning to quickly generalize our language was their forte, we’d be in trouble! All joking aside, the word isn’t as important as how it is expressed.

In the beginning, my tone, body language, and the many other observable contextual cues are what likely taught Miles to recognize his release word. Over time, he’s heard me chirp “Okay!” so many times, that he no longer needs other signifiers to immediately understand what I mean. When I say “Yeah, it’s okay if you go ahead without me” to another person, the tone and physical inflection are entirely different than the “Okay!” I chirp to Miles to release him from any number of tasks. Another example of a word in our daily life that Miles knows contextually is the difference between “Miles,” the name I use to address him, and “miles,” the word I use in conversation with other people regarding distance.

Use your own judgment when choosing the right release cue for your dog. Not all dogs can or will respond to verbal cues, and it is good to recognize that not all verbal cues are perceived by our dogs as being strictly verbal, especially not in the beginning when they are learning. Use whatever you feel will be both uniquely experienced by your dog, and easy for you to communicate in the same clear way every time. For something as fundamental as a release cue, I don’t recommend long terms/complicated cues, as you will be less likely to follow through with them. Also make sure to tell those who know or look after your dog how you say your release word. Is it “Breaaaak,” or is it “BreaK!”? Just as Miles (the musician) said, it’s not just the notes, but the way they happen.

With all of the training my dog Miles and I have done, his conditioned emotional response (CER) to his release word is strong and well established. Miles associates the release cue with a feeling of joy and excitement. Miles’ release word has been paired, again and again, with the things he loves the most; such as eating meals and running agility. Now, even when the release word isn’t used for those things, he’ll work just to experience the CER it evokes. It is the most powerful, easy, and simple cue that I use countless times in our day.

Most behaviors that end in the release cue are ones that require hard work from our dogs to execute, because they involve self-control and focus that they would not naturally opt to perform on their own. How many dogs want to wait to eat or play? When I first train behavior chains that end in a release cue, I reward the dog with treats throughout the process and following the end of the chain (the release cue). In the beginning, your puppy will rush to you after being released from a sit/stay to get a treat. If well implemented and practiced, eventually your adult dog will have such a strong conditioned emotional response to the release cue, that the cue itself will often become the reward. When a good CER has been established, you may find that sometimes when you release your dog he’ll no longer look expectant for his reward, because he’s already experienced it.

Once you’ve worked up to a consistently reinforced, and therein reinforcing release cue, you will have the freedom to proceed in training more advanced skills, such as unleashing and training your dog in exciting environments. He will be so expectant for the release cue that he will focus on performing what he needs to do to get there, rather than running off wildly pre-cue. If you train and execute your release cue properly and consistently, a whole new world of training becomes possible. 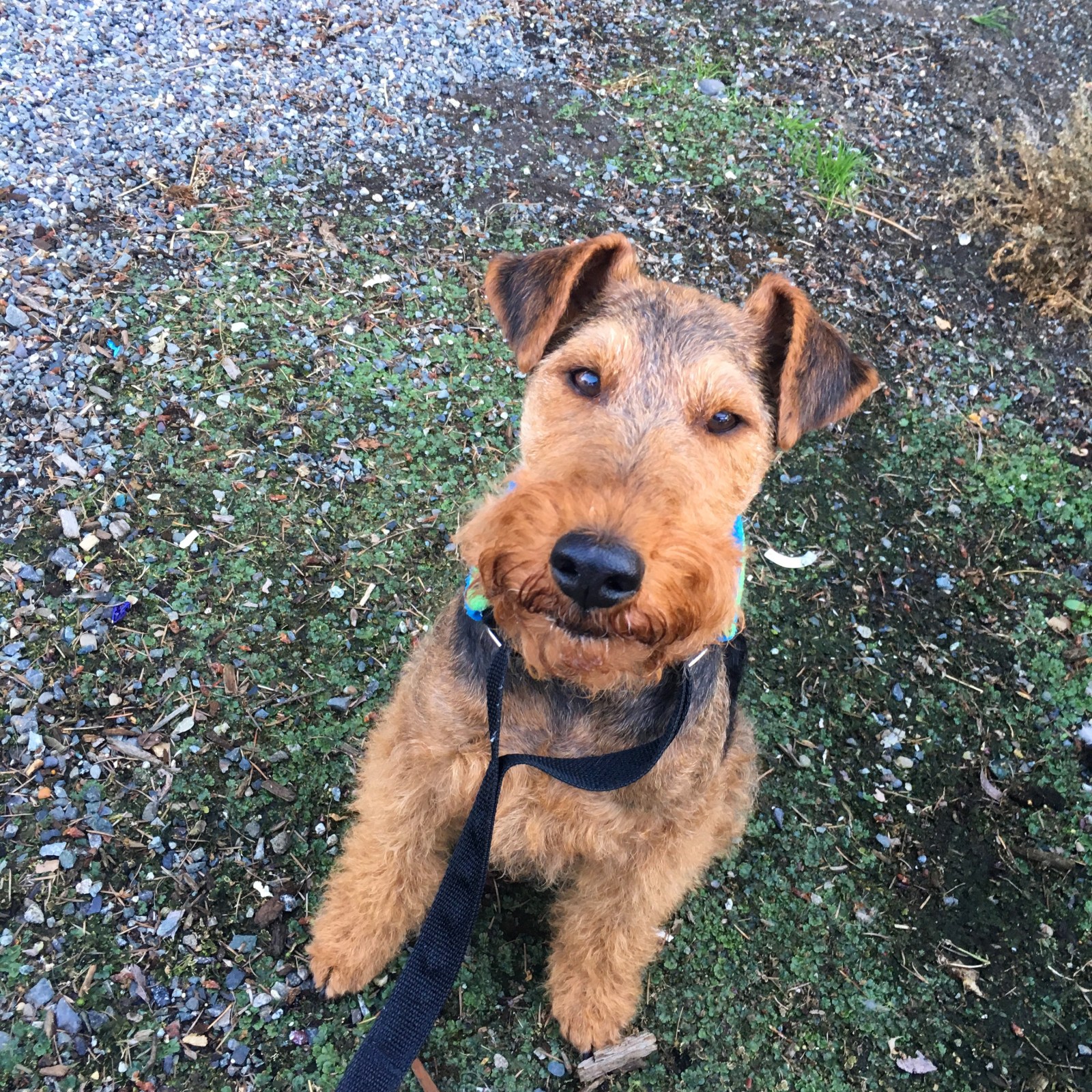 A Better Life Together

The more dog training is viewed as a whole process filled with overlapping systems, rather than being just separate hard-earned work drills, the better you will be able to understand how to set your dog up for success, and to become a better and more relaxed trainer. In this article, I have used the release cue as an example, but really, this applies to any of the connective tissues that hold training processes together.

Miles Davis knew that the space between the notes is where the magic is. In dog training, understanding and valuing the little components that connect the bigger processes will allow you to better understand your dog, yourself, and your training. You’ll be able to communicate with your dog in ways you never dreamed possible, and wonderful routines will begin to emerge in your daily life with your dog that you didn’t even consciously train for. That is when you will know that you don’t have “one of those well-trained dogs”— you have more than that. You have a best friend you can truly talk to.

Us? Behind? Yes! We are Behind!