Why Do Dogs Hump? 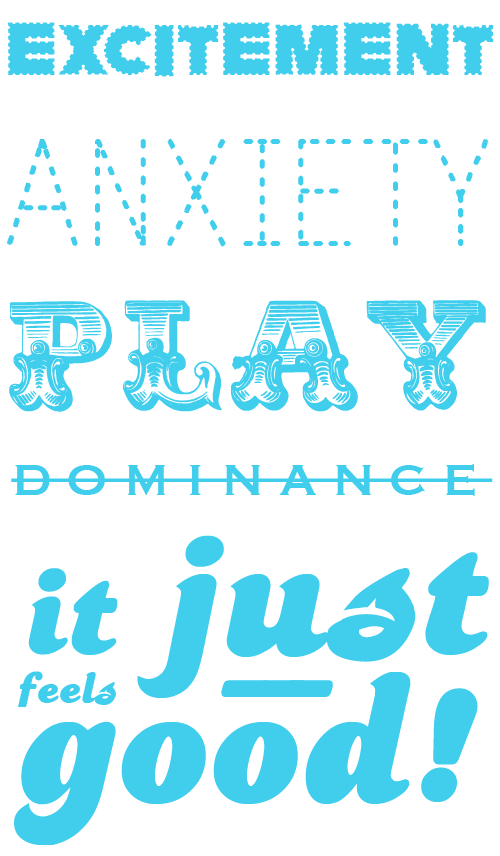 One of the best articles I have come across online recently is “Why Dogs Hump (Spoiler Alert: It’s not all about dominance)” by Sara Reusche, CPDT-KA CVT.

I could not agree more with the title of the article, or of the message! Of the five reasons that Sara gives, only one of them borders along the lines of “dominance” — which is “status seeking.” Sara notes that in her 10+ years of being a professional dog trainer, she has only once observed a dog using humping as a means to assert status — and even then, she was not convinced the dog, who was highly anxious, was actually using humping for status.

I live in a very urban area, with a huge dog / dog owner population. And one thing has become very clear to me when walking by or visiting dog parks — nothing makes people more uncomfortable than a dog humping another dog. Especially if both dogs are male, and especially if both dudes seem really into it. If he could type, Miles would go into some sort of long winded nostalgic story about his younger days with his best friend Ziggy… Thankfully he cannot type! Too much information (TMI) Miles!

When a dog is seen humping or attempting to hump another dog, there is always talk of “dominance.” The most common explanation for why a dog humps another dog is that the humper is trying to “dominate” the humpee. Sometimes I’ve watched and felt like it was a witch hunt… A goofy pup excitedly humps another dog, and all of the sudden, he is labeled a very bad “dominant” dog.

Many dog trainers and professionals that study animal behavior believe otherwise and strongly disagree with the dominance model. They argue, as Sara Reusche does, that instead, dogs hump other dogs:

So, with this knowledge in place, I argue that we dog people need to STOP shaming dogs and their people over humping. Yes, humping between dogs can be dangerous — but the danger does NOT lie in the motivation behind the behavior.

While humping does not come from a negative place, it can be put dogs in danger. Especially in the dog park climate, where there are a lot of dogs who may not have ever met before. Think of it like a nightclub with a huge crowd of strangers whose inhibitions are lowered… Things can go from fun to ugly really fast. It is for this reason that a lot of people and dog trainers argue that humping can be a dangerous behavior — because it puts the humping dog in danger of potentially aggressive retaliation from a irked humpee.

I completely agree with this concern — any sort of sudden bold physical behavior that a dog does to another dog that it has just met puts the instigator in a dangerous position. That can include a whole host of well-meaning innocent behaviors: sudden approach, sudden face-sniffing, sudden invitations to PLAY, sudden anything. And yep — that includes sudden humping! Especially sudden humping!

Now, combine this concern with the knowledge we have above (why dogs hump) and you can see why dog parks can be dangerous places. It isn’t the humping that is the problem, as much a fact that we are throwing a bunch of random dogs together and expecting things to be predicable and safe. Every dog owner has the right to choose whether or not to take their dogs to dog parks. But we need to be honest and accept that going to a dog park is always going to be a risk. The same way that choosing to skydive for fun is a risk.

Bottom line? Humans and dogs have evolved together — and both of us are still learning to adjust to this new industrialized world — where we come into contact with strangers more often throughout any given day than we do friends and family. Humping between dogs is a natural behavior, that dogs do for predominantly innocent reasons. Between dogs that know each other, faux humping can be a pretty benign behavior. But in the world of dog parks, and other “stranger” situations, a dog that happily attempts to mount another dog puts himself in danger. If you know your dog has a tendency towards humping — be his advocate, and protect him by being careful of what sort of situations you put him in.

As usual, I think people should focus on doing their best in training well-socialized, polite dogs, but, we also need to relax a bit and look into the “why” before blaming other animals for what comes naturally. It isn’t dogs that need be blamed for dangerous situations — it is their owners. We are the protectors of our dogs. We need to vow to do our best to both protect and understand those under our care. We love dogs because they “live in the moment” and because of how free they are. So lets be more understanding and reasonable about the aspects of canine behavior that make us uncomfortable.

You know it’s been a good day when…